Luke 10:38-42
"Now it came to pass, as they went, that he entered into a certain village: and a certain woman named Martha received him into her house. And she had a sister called Mary, which also sat at Jesus' feet, and heard his word. But Martha was cumbered about much serving, and came to him, and said, Lord, dost thou not care that my sister hath left me to serve alone? bid her therefore that she help me. And Jesus answered and said unto her, Martha, Martha, thou art careful and troubled about many things: But one thing is needful: and Mary hath chosen that good part, which shall not be taken away from her."

Jesus had friends, three of whom were Mary, Martha, and Lazarus. They lived in Bethany, a suburb of Jerusalem. Jesus was at their house visiting them. He most likely had visited them before, and maybe on other occasions Martha had done exactly what Mary did here: sit at the feet of Jesus. However, on this occasion Martha is busily trying to get things done around the house for Jesus.

Don’t throw Martha out though. See, Martha isn’t “bad” and Mary isn’t “good.” This is one moment. Both women love Jesus, and in fact both are trying to serve Jesus. This blog is about the moments. We all have them. Mary chose correctly here – to sit at Jesus’ feet. It isn’t about who has OCD and who is carefree. It’s about choosing in the moment. Martha, at that moment, became distracted but not necessarily sinful. Mary is far from perfect, but in that moment she made the right choice. In that moment she chose the right portion. Jesus was her good portion, and today He is still our good portion.

Sometimes the work can wait while we sit at the feet of Jesus. We can sit and learn and feast from the Word of God. Other times we need to get up and go be about the work of God. It’s not license to be lazy. It’s not license to sit and do nothing. It’s a reminder of priority. Don’t spend all of your time just sitting around; eventually you have to “do.” Christianity is first about being and second about doing. You do because you are. In other words, our faith in Christ crucified should produce good works. But don’t put the cart before the horse. Works don’t supersede faith.

The conclusion is this: spend time with Jesus and then get things done. To worship like Mary and then to work like Martha. If all Mary ever does is sit there and never do anything, she’s sinful in a completely different way. If Martha runs around the kitchen and never spends time with Jesus, her work is all in vain and it’s just religion. Be and then do. 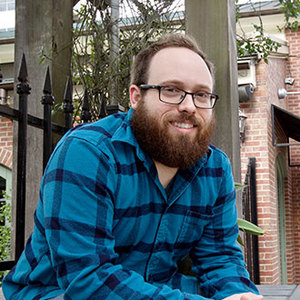 Caleb Berg actively managed many of the general operations for Crossfire Youth Ministries and Crossfire International Youth Conference between the years of 2003 through 2017. He also served as one of the teachers at Monday Night Fire. Caleb is a 2007 graduate of Jimmy Swaggart Bible College, and in 2017 moved to New York to continue pursuing his call to ministry.